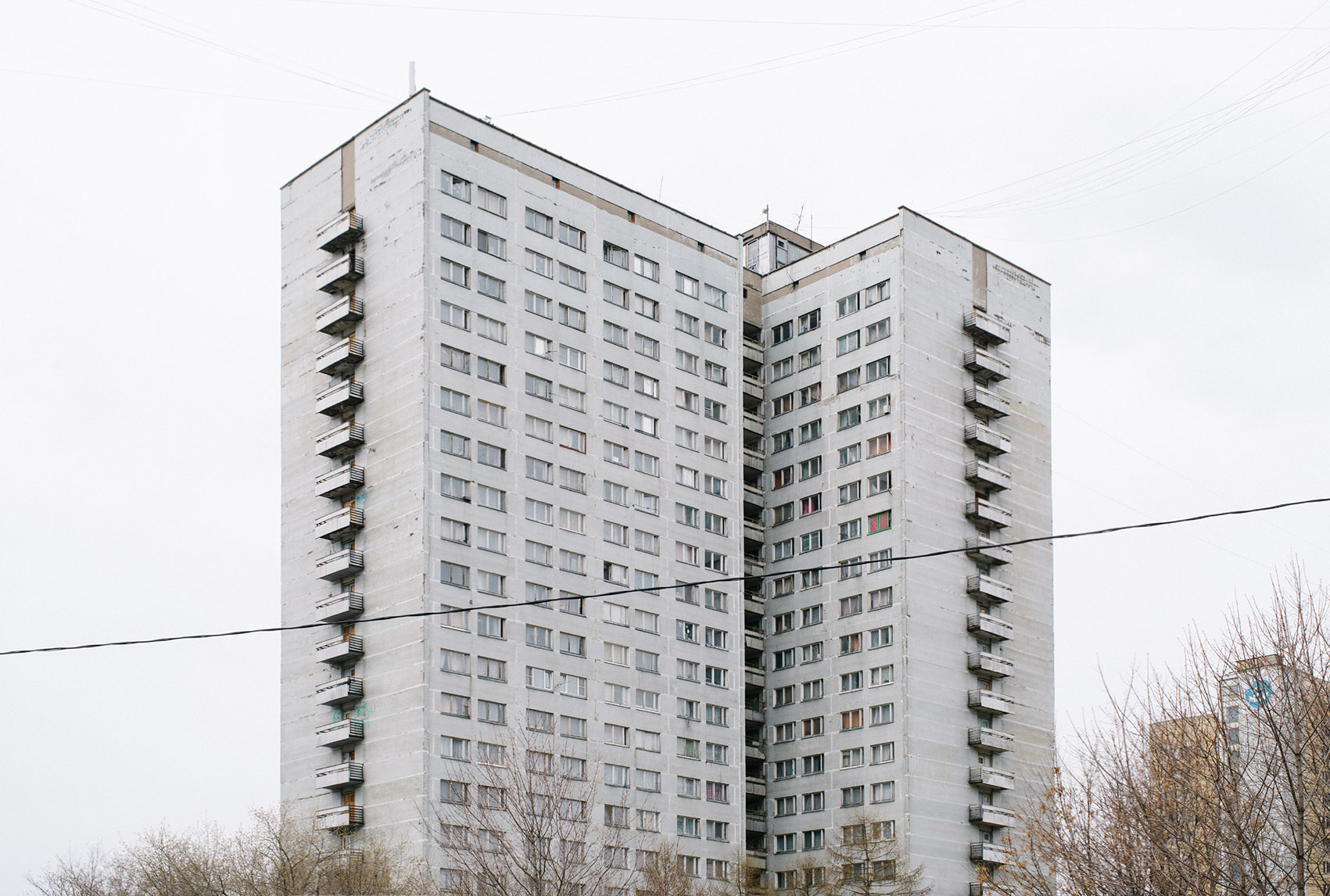 From the 1920s to the 1990s, the development policy of residential building complexes in the USSR was the backbone of the Soviet economy. Being in a mainly rural state, the country started to look towards global urbanization.

The microrayon is a functional and primary urbanization, a basic unit within the rayons (districts) arranged on the outskirts of the city to settle an extremely centralized excess population. It contains green areas, school/ s, medical center and a circulation system. The structure is always hierarchical and rational, and from the sixties juxtaposes buildings of different heights to generate optimal light dynamics and maximize space. The organizational system of space system, like the buildings and in view of the demands of the moment, was rigorously executed in mass. The planning logic was identical in all rayons. The khrushchyovkas occupy a relatively central space, and the most recent buildings of 16 and 22 floors were oriented on the periphery. The uniformity and redundancy of the structures and the enormous scale are differential aspects in respect to other types of European urbanizations. The standardized landscape extends repetitively from the center of the city in a ring shape (the height of the buildings changes according to the planning time of the microrayon). Its planning is based on a single original model. The microrayon is designed to be self-sufficient.

This project covers the industrialization process of Moscow under the eyes of two generations of a family.

It approximates to the displacement of the traditional population from the center of the city to the dormitory districts, within the state plan of the largest industrialized housing construction in history.

On may 9 every year, the countries that were part of the soviet union celebrate the victory day, a commemoration of the win over nazi germany in the second world war. the war was one of the stands used to generate a genuine patriotic pride among the soviet citizens. after their dissolution, countries like estonia, georgia, ukraine or belarus have been generating their own identity, frequently under a common thread marked by russian economic and political dominance.

The project is a journey through their urban landscapes and their people, and runs between that common patriotic pride, and the rupture. between the inherited elements and the construction of the new ones.

Ram head in the fronter between Georgia and Dagestan. 2016.
Car in the outskirts of Sofia, Bulgaria. 2015.

Obituary posters start from an exceptional act, the choice of the image to represent the person deceased. In Bulgaria, the deceased portrait is shown profusely. A divergent path is followed unlike the most of western society, which has relegated to minority spaces the relations between death, image and identity.
Here, the exposure methods of obituary portraits beat a merely informative nature. They disseminate the place, coexist in constant reflection with the image of the deceased. The speech is oriented in the viewpoint
opposite to denial. When released from exile, it is granted to the death a daily role.
Obituary posters, as part of Bulgarian Orthodox tradition, must be rigorously displayed in public spaces three days after the death of any resident. The same announcement will be reprinted and displayed at nine, forty days, six, nine months and, subsequently, each anniversary. Only from day forty should be incorporated a photograph of the deceased into the obituary poster, which traditionally must be in black and white. As long as that person is remembered, his death will be commemorated again with a new reprint. There are obituary posters that are replaced sixty years after the death of a person.
The structure of the poster must be composed of an orthodox cross in the upper central part, a frame around the full text, the news of the death, the three names of the deceased, the day of birth and death, a short text or poem in condolences, the name of the obituary author, information regarding the place and date of the funeral, and a photograph in the central part.
The places where the obituary poster have to be placed are, traditionally, the door of the deceased’s habitual residence, his church and the cemetery where he is buried. However, it is usual to find posters in places where the deceased spent part of his time, or places he walked for. That is, parks, workplaces, trees or walls of transit streets.

pragmatic of the funeral manifest in the public spaces of Bulgaria

In 2017, i made a trip to Moscow to meet my wife’s family. This project intersperses the preconceived ideas and topics about soviet culture, to generate a story that runs between reality and fiction

In 1953 began the reconstruction of the historical center of warsaw, devastated in the second world war, the symbol of the resistance against the nazionalsocialist army. The public works did not have only a utilitarian function, they had to return the identity to the capital of the country and overcome a traumatic period.
In order to try to resemble the new constructions to a period between the XIII to the XX, paintings and pictures of the time were used. the prague district, on the other side of the vistula river, sheltered under the soviet entrechments, was not occupied, and its buildings are preserved as they were before the war.